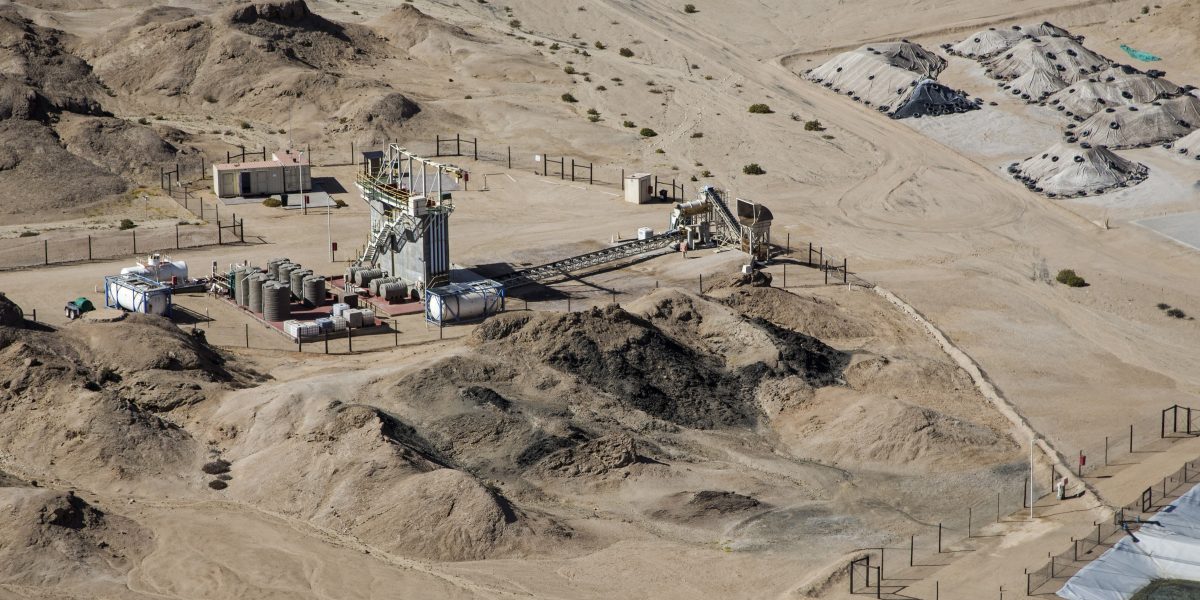 In April 2012, Bannerman completed a Definitive Feasibility Study (DFS) for the Etango Project. The DFS 2012 was based on a 20 million tonnes per annum (Mtpa) heap leach process throughput.

Mine planning, engineering design, capital and operating cost estimations were undertaken to an accuracy of ±15%. In March 2015, Bannerman commissioned an industrial scale plant to demonstrate the heap leach configuration and assumptions. The results of the trials demonstrated strong support for the DFS 2012 metallurgical parameters and in fact indicated that further improvements could be made.

Bannerman continued to improve the Etango project economics by completing a DFS Optimisation Study in 2015, still at a 20 Mtpa process throughput, but included improvements, particularly for mining operations.

In 2017, an Option Study was completed which focused on the processing flow sheet. This introduced some further improvements on the Etango operating and capital cost.

In 2019, Bannerman commenced an evaluation of various project scaling and scope opportunities under a range of potential development parameters and market conditions. Indicative outcomes of this work highlighted strong potential for a scaled-down initial development of the Etango Project. As a result, Bannerman commenced work on a Scoping Study into such a development. This is how the Etango-8 Project was born, based on a 8Mtpa heap leach process throughput and the Etango-8 Scoping Study (August 2020) provided an early-stage confirmation of the technical and commercial viability.

Importantly, much of this Scoping Study evaluation was heavily informed by the detailed study work undertaken across all relevant disciplines as part of the DFS 2012, 2015 and Option Study in 2017 plus the extensive metallurgical testwork done at the Demonstration Plant. The Etango-8 Scoping Study development also, critically, maintained the real option of modular expansion, potentially to the 20Mtpa scale envisaged by the DFS 2012 and 2015.

Following completion of the Etango-8 Scoping Study, the Pre-feasibility (PFS) process commenced and was completed in July 2021. The PFS has been completed to a ±20% level of accuracy.

The PFS has confirmed the strong technical and economic viability of conventional open pit mining and heap leach processing of the world-class Etango deposit at 8Mtpa throughput. It has been informed by the vast body of previous technical work completed on the Etango Project with extensive resource drilling, geotechnical, metallurgical and environmental work already completed. The heap leach process route has also been comprehensively de-risked via the prior operation of the Etango Heap Leach Demonstration Plant.

The Etango Mineral Resource is world class, as affirmed by the below June 2021 Mineral Resource report, at a cut-off grade of 100 parts per million (ppm)  of Uranium Oxide (U3O8).  This excludes the Ondjamba & Hyena satellite deposits.

A maiden Etango-8 Ore Reserve estimate was declared of 117.6 million tonnes (Mt) at 232 ppm U3O8 for 60.3 million pounds (Mlbs) U3O8 assuming a long-term uranium price of US$65/lb. The table below outlines the key physical and economic outcomes from the Etango-8 PFS.

The underlying robustness of this streamlined development approach to the world-class Etango resource has now been confirmed to a PFS level of accuracy. Bannerman is now looking forward to the completion of a DFS for Etango-8 in the September 2022 quarter. This process will again benefit from the fact that Etango has already been the subject of a definitive level of feasibility study, at a larger scale, in recent years.

A more comprehensive description of the Etango-8 PFS is available on Bannerman’s website: https://bannermanenergy.com/