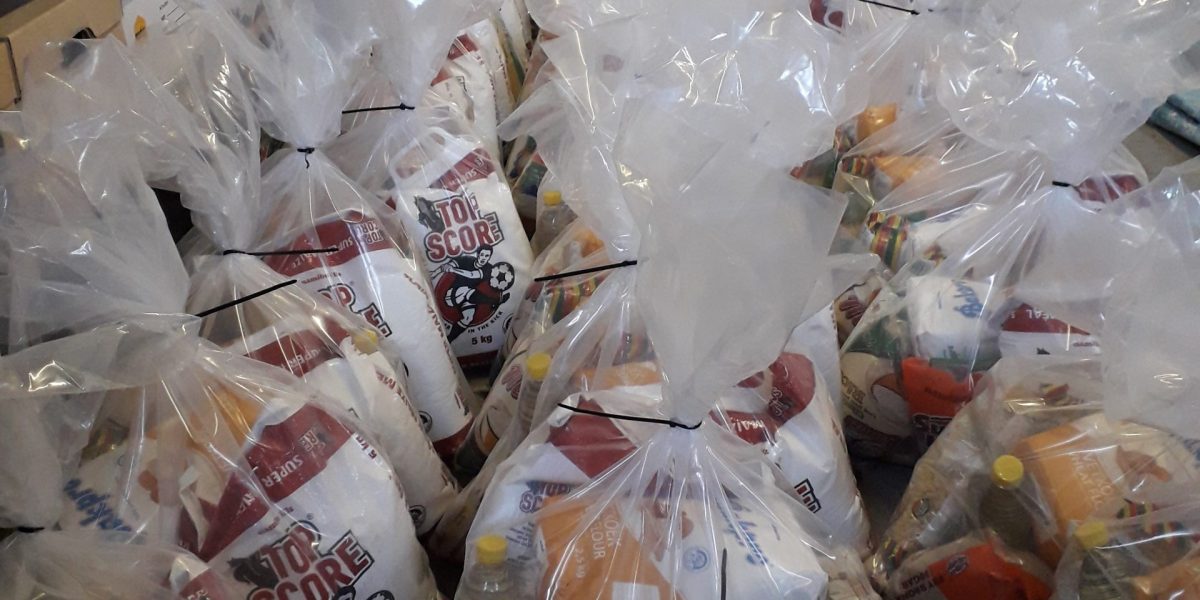 As part of its Early Leaner Assistance Scheme, over the past ten years Bannerman Mining Resources has supported over 3,000 primary school learners in various regions of Namibia. The programme, which assists needy primary school learners with school clothing, shoes and school bags, initially targeted the Erongo region, but has since expanded to the Omaheke, Kavango West & East and the Kunene Regions. This year, Bannerman extended the project to the Hardap Region.

The early closure of schools amid the Corona virus outbreak validated a review of the programme.  Reflecting different needs, the goal of the progamme thus changed to ensuring that learners’ basic needs are met while schooling at home. Many families in Namibia are struggling to provide essentials such as food and toiletries, and Bannerman Mining Resources Namibia in consultation with the Ministry of Education, Arts & Culture, assembled care packages to replace the school uniforms.

Three hundred care packages consisting of food hampers and toiletries were assembled and donated to the vulnerable learners of the Hardap Region in June 2020 at a cost of N$90,000. The 300 care packages, which weighed 4.5 tonnes, were packed in Swakopmund and safely transported to Mariental under the guidance of Exploration Superintendent, Marthinus Prinsloo.

On 4 June 2020 the 300 care packages were handed over to the Hardap Regional Governor, Hon. Salomon April, and the Regional Director of Education, Arts & Culture, Mr. Gerhard Ndafenongo, together with several school Principals from the region. Bannerman’s Non-executive Director Ms. Twapewa Kadhikwa and Senior Stakeholder Relations Adviser, Matjiua Hengua handed over the care packages at the Regional Offices in Mariental.

Despite being a small exploration company with no income at this stage, Bannerman believes that education is the cornerstone of Namibia’s development and is thus committed to partnering with Government and investing in this area.