NUI’s SPILL DRILL AT THE RAILWAY 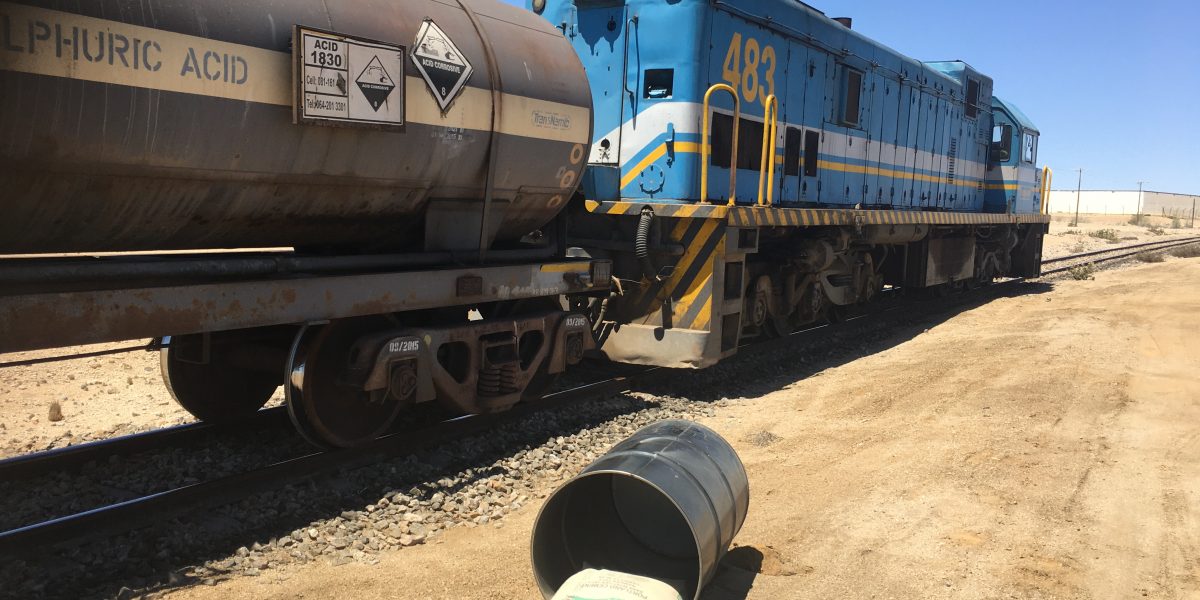 On 25 November 2021 and under the auspices of the Radiation Safety Working Group of the Namibian Uranium Association’s Uranium Institute, the Security and Emergency Services Department of Rӧssing Uranium and members of the Working Group conducted a joint emergency drill inside. As we have witnessed a number of Transnamib derailments in recent times, the scenario was chosen accordingly.

The drill was observed by members of the Working Group consisting of staff members from Langer Heinrich Uranium, Orano, Reptile Mineral Resources and Exploration, Bannerman Resources, and the Namibian Uranium Institute. The players in the Namibian uranium sector have cooperated for a long time when it comes to accident responses, and this drill was undertaken in order to simulate a serious accident, observe the response and learn from it, as well as making sure that the relevant staff members are well versed in the routines required.

The scenario was a derailment of some freight cars carrying containers, one of which contained drums filled with uranium oxide. This container opened when it fell from the derailed freight car, opened up, and a drum falling out of the container released its cargo causing a spillage next to the railway line. Some injuries were reported, and a huge crowd was attracted by the derailment. The scene was set up as realistically as possible in order to allow the respondents to authentically practice their emergency response procedures.

Observers evaluated the response according to a checklist, and after the drill participants and observers gathered to exchange notes and observations. While some room for improvement was identified, the overall running of the drill was regarded as very satisfactory by all parties involved. This emergency drill was yet another very valuable exercise, and everybody participating gained knowledge and new experiences, at the same time rehearsing routines. Doing a joint emergency drill allows for peer review, and therefore improves procedures and individual knowledge by allowing participants to learn from each other and subsequently discuss and agree on best practises.