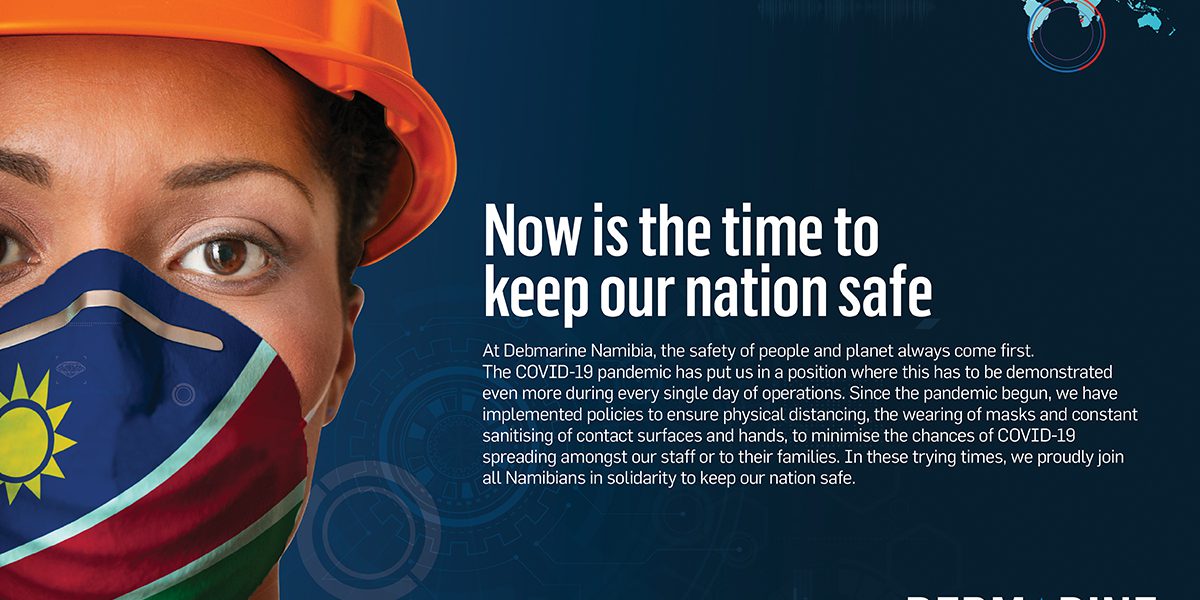 Debmarine Namibia strives to provide a strong base for economic growth in the country, particularly through the sourcing of local goods and services. This follows the successful construction of the company’s largest and most advanced diamond recovery vessel to-date. Construction is taking place at the Damen Shipyard in Mangalia, Romania.

According to Debmarine Namibia CEO, Otto Shikongo, the project has a far-reaching global impact as parts are sourced from around the world and some are being fabricated locally in Walvis Bay. The mission equipment is being built in the Port of Cape Town concurrently with the construction of the vessel. This equipment consists of the recovery tool and processing plant, of which parts of the steel works are being manufactured in Walvis Bay.

3C Metal Belmet Namibia in Walvis Bay, was awarded the contract to fabricate a large number of plates and structures to be installed on the new vessel.

Attesting to the local value addition, the Managing Director of 3C Metal Belmet Namibia Jarcu Groenewald said “the project stretched our capacity as it was a big learning curve for our employees and we are grateful for the opportunity given by Debmarine Namibia. As a result we managed to keep all our staff employed in this tough economic downturn due to COVID-19”.

He added that the project was the biggest awarded to 3C Metal Belmet Namibia to-date, which resulted in an expansion of their facilities and equipment in order to produce quality products. The company is now confident and equipped to take on more advanced projects.

3C Metal Belmet’s Namibia commenced with manufacturing the parts for the AMV3 (Additional Mining Vessel no.3) in January 2020 with the last load of about 2,000 tonnes of steelwork delivered successfully in Cape Town at the end of October.

Debmarine Namibia strongly believes that local spending is a catalyst to growth and development of local enterprises as well as the creation of numerous job opportunities. To this effect, 3C Belmet Metal Namibia had 70 employees working on the project.

The new vessel, which is the most advanced in marine diamond recovery, is expected to be commissioned in 2021 which will create an additional 161 new jobs alongside Debmarine Namibia’s current workforce of 975 employees. The company has started mobilising and training its permanent employees in preparation for working on the new vessel.

On completion, the vessel is expected to add 500,000 carats annually to Debmarine Namibia’s production, an increase of approximately 35% on current production. The AMV3 construction is one of the largest commercial deals that took place in Namibia last year, which involved five commercial banks who partnered to finance 80% of the costs, amounting to S$375 million (approximately N$5.625 billion), with the remaining 20% financed by Debmarine Namibia. In its first five years of production, the AMV3 is expected to contribute N$2 billion per annum in corporate taxes, royalties and export levies to the Namibian Treasury.

In addition to adding value locally, Debmarine Namibia’s contribution is made up of wages, salaries and employee benefits to their employees, corporate taxes, royalties, export levies and dividends paid to Government, as well as interest payments and the capital retained for investing in the future growth of the business. The company also makes significant payments to Namibian suppliers of goods and services.