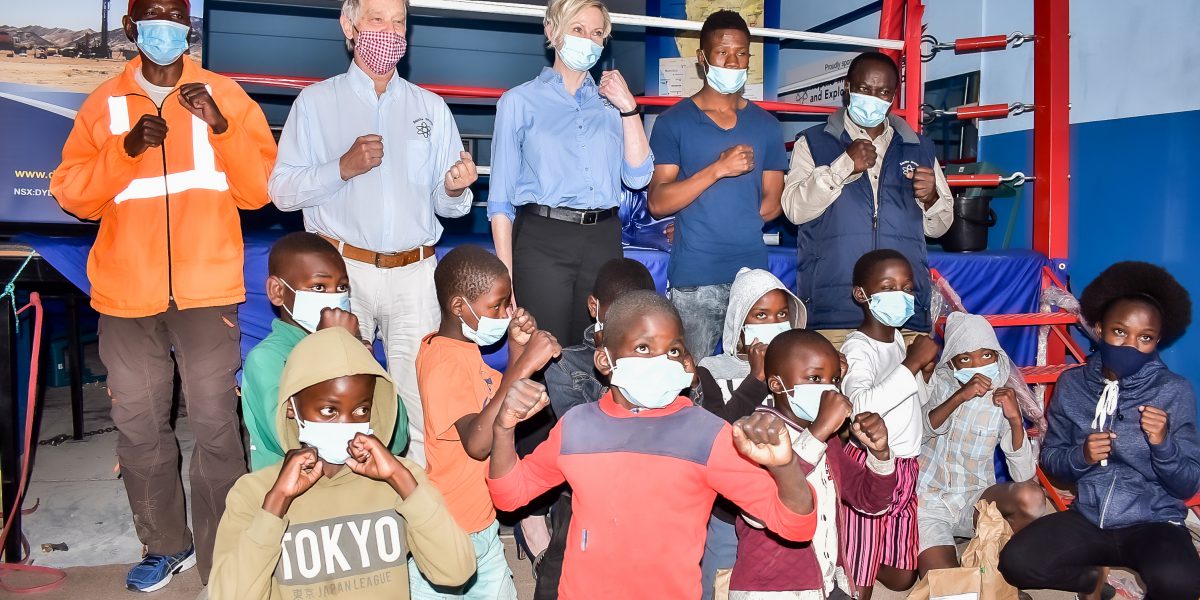 Dr Katrin Kärner, Exploration Manager, confirms RMR’s committed support to ATBA. “We are pleased to support the Academy, which empowers young people through sport and keeps delivering outstanding results; even through challenging times. The boxing ring will enable and boost the quality of training to young Namibians, representing their country at an international level,” she concluded.

The ring comes at a good time for academy founder, veteran Namibian boxer and now professional boxing couch, Albertus Tsamaseb, as he prepares to lead a delegation of three local champions to the International Boxing Association (AIBA) Men’s World Championships in Minsk, Russia to qualify for the 2021 Olympic Games in Japan. “We are truly grateful to Reptile Mineral Resources and Exploration for this donation, and for the trust they have put into me as a coach. My passion is to build confidence and keep the youngsters fit; an effort that can only be done by partners such as them who remain absolutely committed over the past years,” Tsamaseb said.

Boxing is arguably one of Namibia’s most followed sporting disciplines. In fact, Namibia delivered a surprising number of champions, despite the country’s small population and ATBA is part of this success story. There are currently 90 members, mostly children between the ages of 8 and 14, training with big names such as Namibian Commonwealth boxing champion Jonas Junius Jonas and professional boxing champion Albinius “Danny Boy” Felesianu, and young females who are training in the sport of boxing.

“If given the proper attention and investment, boxing provides an important platform for our youth to create careers based on the discipline and dedication they learn from this sporting code. In addition, boxing is a highly entertaining sport code, which attracts enthusiastic crowds and is a powerful marketing tool to promote Namibia,” according to Ms Selma Siwombe, Sport Officer at the Ministry of Sport, Youth and National Service at the handover ceremony.

*ATBA is a registered non-profit organisation in Swakopmund, founded by Albertus Tsamaseb in 2001 with a current membership of 10 professional and 80 amateurs, serving previously disadvantaged community members. The academy provides a safe training environment that instils co-operation, athleticism, sportsmanship, commitment and self-confidence amongst its members. Over the years ATBA has produced both national and international champions, including Jonas Junias Jonas who won a gold medal at the 2018 Commonwealth Games and has been training at the academy since the age of 10.