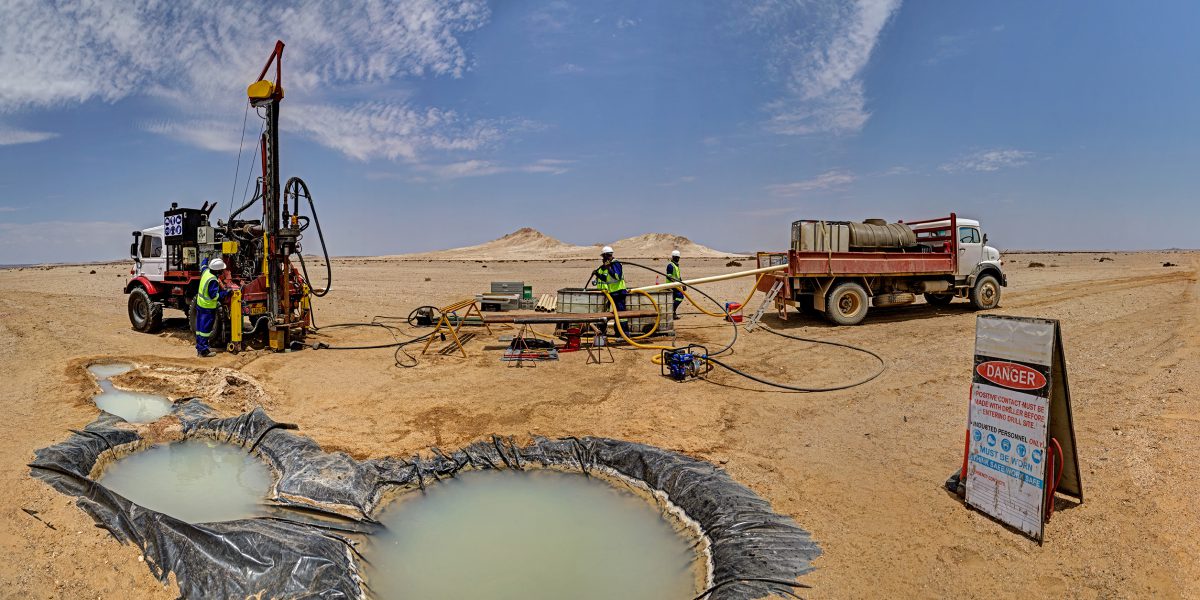 Under the leadership of John Borshoff, founder and former Managing Director of Paladin Energy, exploration activities at Reptile’s Tumas Project gained momentum over the past four years resulting in an extraordinary increase of uranium resources.

Uranium mineralisation at the Tumas Project is hosted by calcretised palaeochannel sediments, very similar to Langer Heinrich, located some 27 kilometres northeast of the mine.

The Tumas Project includes several individual deposits, namely Tumas 1 (including 1 East), Tumas 2 and Tumas 3, which in 2016 collectively contained 16.6 million tonnes (MT) at 366 parts per million (ppm) of uranium oxide (U3O8) for 13.4 million pounds (Mlbs). Progressive work on these projects since then shows almost a six-fold increase, 108.2Mt at 324ppm U3O8 for 77.4Mlbs.

The remarkable exploration results triggered a Scoping Study that was undertaken at the end of 2019, which was successfully completed in early 2020. Approval has been granted to immediately commence with a formal Pre-feasibility Study (PFS).

The PFS, including an Environmental Impact Assessment (EIA), is in full swing with project design and mining studies, metallurgical testwork as well as environmental baseline studies well underway.

Deep Yellow considers it crucial to successfully complete the PFS by the latter part of the current calendar year. Upon completion of the PFS, the Company envisages completing a Definitive Feasibility Study to position itself for when price incentives for start-up are strong enough to consider mine development.