The Rise of Uranium and Its Potential for the Namibian Economy 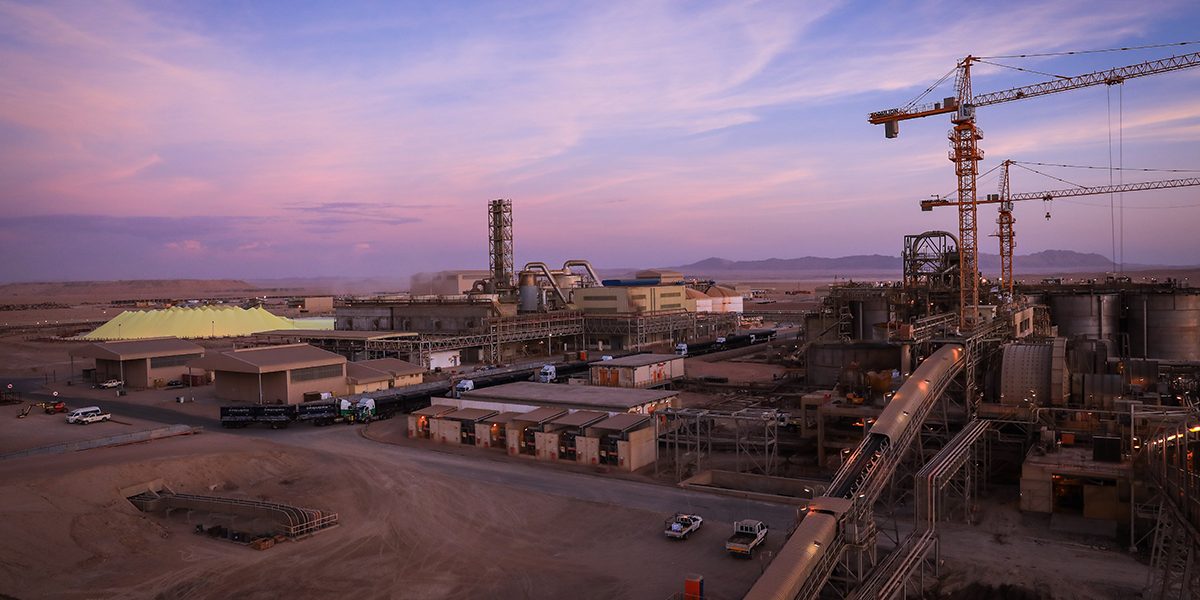 Uranium prices had remained low for more than a decade, following Japan’s Fukushima Daiichi nuclear power plant accident in 2011, which sparked a sharp decline in the demand for nuclear energy. However, over the past few months we have witnessed a rapid turn of fortunes in the price of uranium over a short period of time. Uranium is currently trading at $50/lb, which is a 170% increase in less than 36 months. So, what is driving this price increase, and what does it mean for our country?

What is Driving the Uranium Surge

The uranium spot price increase has been driven by institutional investors, most notably Sprott Physical Uranium Trust (SPUT). SPUT is a closed-ended trust created to invest and hold substantially all of its assets in physical uranium. SPUT, the world’s largest physical uranium fund, has been on a buying spree since it was launched in July 2021. It reportedly holds 50.4 million pounds of U3O8 as of March 2022, and this quantity has risen 13.8% from February figures.

Due to the ongoing crisis between Russia and Ukraine, there is widespread panic in Western Europe for security of energy supply. Europe heavily relies on gas supply from Russia, and because of this market disruption countries are now scrambling for alternative energy sources. Obvious capacity limitations on renewables combined with mounting pressure to reduce carbon emissions from fossil fuels puts nuclear energy back in the race for clean energy.

Unbeknown to many, Namibia was the 2nd largest uranium producer in 2021, superseded only by Kazakhstan. Russia and Ukraine follow closely and are also among the top 10 world’s leading uranium producers. The rising instability in the eastern region has exerted additional pressure on uranium supply, thereby accelerating further price increase.

Whether these prices can be sustained remains a debate but the following should be considered in demystifying the role of uranium.

The World Nuclear Organization reports that roughly 440 nuclear power reactors with a combined capacity of approximately 390 Gigawatts are now operational in 32 nations, with an additional 55 reactors are under development in 19 countries.

What Does This Price Increase Mean for Namibia?

Namibia is the second largest producer of Uranium but also holds the 7th largest resources of Uranium. Rossing Uranium & Swakop Uranium are the main producers in Namibia and have accounted for 6,784 tonnes of Uranium production in 2021. A 200% increase in spot price means mining companies can gain increased revenue and government can collect increased royalties. Although majority of mines hedge their uranium production through long term supply contracts with fixed prices, there is a clear benefit and opportunity to sell surplus production at spot price.

Namibia currently has two uranium mines that have closed or placed on care and maintenance due to the previously low uranium prices. In addition, three other uranium projects have halted exploration and feasibility studies due to the fall of uranium prices between 2011-2019.

Increased demand for uranium, coupled with rising uranium prices, would undoubtedly motivate Namibian miners to reopen mines that have otherwise been placed on care and maintenance. These mines have the ability to close a 40-million-pound production gap between present mine output and utility demand. Increased uranium spot prices will also drive additional investment in uranium exploration in order to identify additional production potential in the vast resource base in the Erongo region.

Potential Mines and Their Impact

Langer Heinrich Uranium was placed on care and maintenance in 2018 due to the low Uranium prices. At its peak, Langer Heinrich employed around 500 permanent employees and produced 2,000 tonnes of uranium per annum. Due to improved uranium prices, Paladin Energy has now secured funding to restart Langer Heinrich by 2023, with a LoM (Life of Mine) of 17 years.

Bannerman Resources’ Etango project could potentially become the second biggest Uranium Mine after Swakop Uranium due to its large shallow resource base. Bannerman will complete the bankable feasibility of its scaled down Etango-8 project in September 2022 and could signal the construction and start of the mine.

Norasa’s Valencia Mine completed a definitive feasibility study in 2015 and has enabled declaration of proven and probable reserves that can sustain a 11 Mt/ year processing plant and a 15-year life of mine. Norasa is seeking strategic partners to develop this project which should be eminent given the current uranium prices.

Deep Yellow’s Reptile project at its Tumas and Tubas deposits are still largely at exploration phase apart from the Tumas Deposit that was approved to proceed to definitive feasibility study. Tumas is estimated to have a life of mine of 11 years to exploit its 104 Mlb Uranium resource base.

The above projects all have the potential to transform the entire Erongo region into an industrial hub. In the same light, they have the potential to jump start the economy with much needed jobs in the shortest time. These projects combined have the capacity to absorb at least 3,000 jobs within the next 3 years should the current Uranium prices be maintained. The infrastructure & skills in Namibia are fully developed for all the projects to be constructed, developed and operated by Namibians.

What Should be Done?

With this much potential to be developed in the uranium subsector, it is imperative that policy makers take an intentional and proactive position to actively advocate for uranium at all relevant local and international platforms. Uranium has long been neglected despite its relevance in a carbon free or green energy future. Green hydrogen has been exclusively singled out as a national strategy on energy transition but the conversation should be expanded to include the exploitation of uranium which is a significant clean energy source.

Namibia stands to benefit greatly from the eminent uranium boom and thus must be clear and unequivocal in its quest to promote Namibia as a preferred source and producer of uranium. Policy should be adopted to fast track the exploitation of these resources so as to attract foreign direct investment and create much needed jobs in the mining industry.

Tomas Aipanda is a mining engineer with over eleven years’ industry experience. He works for Swakop Uranium Mine and has a keen interest in Mineral Policy.

Festus Nampweya is a mining engineer with a profound interest in energy and mineral economics. He also works for Swakop Uranium Mine.

They are both members of SAIMM (South African Institute of Mining and Metallurgy) and ECN (Engineering Council of Namibia) They can be contacted on tom.aipanda@gmail.com / fpandeni@gmail.com or 0813209004 / 0818671729