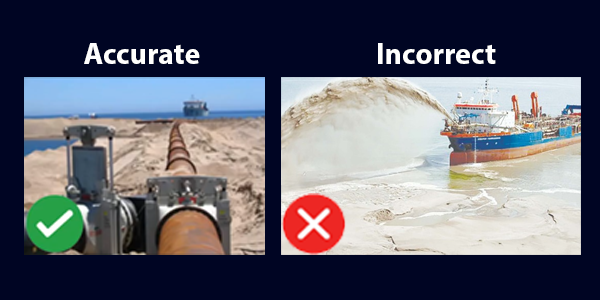 On 26th March 2021, The Namibian’s Spotlight was published intending to provide perspectives on whether the fishing industry and proposed marine phosphate mining industry could co-exist in Namibia.

The author of the articles endeavoured to provide a fair representation and a balanced perspective. However, a number of the statements attributed to the representative for the Confederation of Namibian Fishing Associations (“CNFA”) and the NGO Swakopmund Matters (“SM”) are misleading, scientifically unsubstantiated, and/or carry unqualified allegations relating to the legitimacy of seabed mining under the Namibian legislative framework and compliance with international law.

CoM believes that the statements cast unwarranted aspersions not only on the integrity of the seabed mining proponents, but also, by association, the mining industry as a whole and the Government of Namibia. Currently a major socio-economic contributor to the Namibian economy, seabed mining is well established and plans are underway to expand the seabed diamond mining fleet operated by Debmarine Namibia.

In the interests of ensuring that these comments are not incorrectly interpreted or accepted as fact by journalists, the public and relevant stakeholders, the CoM has extracted and provided specific responses to the relevant inaccurate and misleading statements, of which an executive summary is provided here while the comprehensive response is available for download below.

CNFA alleges that more thorough EIA and verification studies on marine phosphate mining are required as they currently do not address many of the key issues that the fishing industry has raised.

These assertions are factually incorrect and misleading. Namibia’s Environmental Management Act (2007) requires all mining and exploration projects to carry out a thorough EIA. Furthermore, Namibian Marine Phosphate (“NMP”)’s Environmental impact studies are publicly available and considered by experts in the Benguela marine system to be “one of the most extensive EIAs ever undertaken in Namibia.”[i] Also, the fishing industry has been part of the entire EIA process as a registered stakeholder.

CNFA’s allegation that “it is universally accepted that the type of damage caused by seabed mining is unlikely to recover for decades if not centuries” is factually inaccurate and misleading.

In fact, an independent 2008 BCMLE study on the cumulative impacts of the effects of Marine Diamond Mining provides evidence, from repeated monitoring studies over a 10-year period, that the seabed does recover within a period 2-15 years after seabed mining.[ii]

4. Fishing Industry Impact on the Seabed

CNFA’s allegation that it is “nonsense” that fishing (18,600 km²) causes more seabed damage than the proposed phosphate mining projects (6 km2) is misinformed.

In fact, 2018 publication co-authored by 2 members of the Ministry of Fisheries and Marine Resources[iii] presents estimates of the bottom trawling footprint (seabed area impacted by trawling) on the seabed at depths of 200 – 1,000m in the Northern Benguela to be 110,938 km2, over a three-year period.

The BCLME 2008 report notes that: “In terms of seabed area affected, hake-targeted bottom trawling has the greatest impact on the Benguela region continental shelf….”. The negative impacts of bottom trawling on seabed benthic communities and ecosystems are undeniable as reported in numerous international scientific publications.[iv]

CNFA states that “a legal framework for seabed mining is necessary but non-existent. Self-regulation by an industry does not work.”

CoM strongly rejects these insinuations as it implies that the Namibian Minerals (Exploration and Mining) Act 1992, the Environmental Management Act (2007), and the Namibian Territorial Sea and Exclusive Economic Zone of Namibia Act 3 1990 are deficient in their legislative function and that seabed mining is currently being conducted illegally as a self-regulated industry, being without a proper legal regulatory framework. The truth is that these Acts are well constructed and gazetted with very stringent contractual obligations placed on the proponents.

SM “claims the mining industry, in order to promote its intention to mine phosphate from the ocean floor, is still using previous seabed-mining environmental contracts, of which most are a repetition of selected sections from their own verification study that has yet to be publicly scrutinised by independent internationally renowned and competent marine scientists.”

The claims made by SM in their statement are false. The CoM can advise that the studies referred to by SM (the EIA and EIA Verification Report) were both submitted on 3 separate occasions for independent external review by specialist consultants selected and appointed by the Environmental Commissioner.

7. Current and Proposed Namibian Seabed Mining Projects are not the same as Deep-Sea Mining

Referencing the report titled, ‘Ocean Solutions That Benefit People, Nature and the Economy’, SM states that: “Until the need for and potential consequences of deep-sea mining are better understood, the concept is conceptually difficult to align with the definition of a sustainable ocean economy, and raises various environmental, legal and governance challenges, as well as possible conflicts with the UN Sustainable Development Goals.”

This comparison is factually inaccurate as current (diamonds) and proposed (phosphate) Namibian seabed mining operate up to 250m within Namibian National Waters, whereas the seabed mining referred to by SM is proposed in International Waters at much deeper depths of 800m to about 6,000m.

These mining projects in International Waters fall under the jurisdiction of the International Seabed Authority (“ISA”) and are typically looking to mine minerals such as polymetallic nodules, cobalt crusts, and massive sulphides, as depicted in the infographic above. The ISA is currently formulating its Seabed Mining and Environmental Management regulations, after which all the seabed mining proponents (in International Waters) will undertake the required impact assessments before mining and environmental approvals are permitted by the ISA.

Unlike the proposed seabed mining in International Waters, seabed mining in Namibia’s National Waters is an established industry that has been comprehensively regulated and studied for several decades. Significant information on the seabed and marine resources off the Namibian coast and continental shelf are currently held by the MFMR as well as other agencies including the Benguela Current Commission and other government agencies.