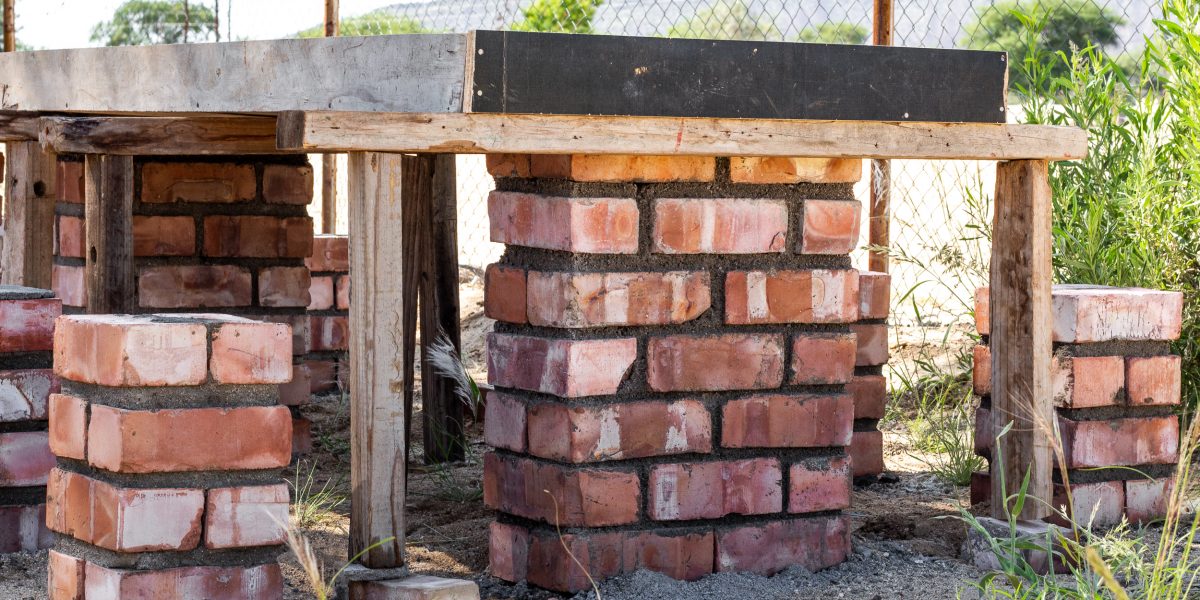 The project is segmented into seven components, which are in support of the 10 Sustainable Development Goals.

Annually, Rössing Uranium proactively identifies social performance activities against an approved budget. For the years 2021-2023, the Community and Social Performance section’s approach was to identify a primary school within the Erongo region with whom Rössing could establish a relationship over three years – thus supporting the concept of making an impact that will last beyond their direct involvement.

Rössing Uranium’s Community Specialist, Amanda Horn said: “Seeing as we had a presence at WBPS in 2019 and 2020, a proactive decision was taken to make this our focal school for the long-term objective of supporting a school over three years. This support was defined under the Bigger-Than-Me Project which aims to stimulate collaboration between stakeholders and beneficiaries, thus having an end result that has a bigger impact than what Rössing would have achieved on its own.”

1. Keeping the Girl Child in School

A collaborative effort with Ann-Pads Namibia

Under this component, Ann-Pads Namibia provided a session on puberty to grade 5 learners. Girls were trained on how to make their reusable pads to support an initiative to establish an income generating arm from the sale of Ann pads at the school. All this is not only to raise funds for smaller programmes but primarily to keep the girl child in school. Private individuals as well as a foundation are now continuing with support with disposable sanitary pads as the learners cannot always use the reusable pads as these needs to be washed and there are regular water interruptions in their settlement area.

Where a team of four mentors are joined by learners from the school, serving as their mentors on the three-year project. Life skills, Traditional life skills, Academic performance, and prowess as well as self-awareness are the key drivers of this initiative.

3. Provision of Relevant IT Equipment

Due to Covid-19 restrictions, the school had to find ways of keeping the mentor and mentees in touch. Rössing Uranium then donated a laptop and a 45-inch monitor to support the online sessions for the mentorship programme. The school has a Wi-Fi connection to aid in this endeavour.

4. Resilience Training for the Learners

A collaborative effort with Rapha Counselling and Consulting Services

Rössing Uranium bought six solar stoves of which two are to be donated to community initiatives and four are to stay at the school. Onsite training was given on how to use the stoves and the learners baked bread in the stoves as a practical experience. These stoves are to be used in the feeding scheme kitchen to lower the school’s reliance on wood. As part of this initiative, alternative sources of energy were explored. Due to the expense involved in procuring a solar stove the community members and the learners were also taught how to make fire balls which serves as fuel from recyclable waste and then how to make and use a Tjo-tjo stove in which the fire balls are used. This initiative aims to also reduce the community’s reliance on firewood, which in turn addresses deforestation in their area.

Learners at the Willem Borchard Primary School in Okombahe will enjoy their break time meal on comfortable chairs and tables, which have been constructed through Rössing Uranium. To the school’s feeding scheme kitchen two cement work tables as well as a sink for washing vegetables and cutlery and crockery was installed.

The infrastructure support is done with a Rössing Uranium based contractor who also employs residents from Okombahe for the building project he is implementing on Rössing’s behalf.

“When the contractor saw the state at the school, he opted to provide glass to replace the broken windows at the school as part of his company’s contribution to the BTMP. When onsite in Okombahe, he also assists the school with transporting goods from Omaruru with his one-ton truck.”

Throughout the three-year programme at WBPS (2021 – 2023), Rössing Uranium aims to get community members involved in initiatives that are supported at the school. This is to build ownership locally on the support provided so that the tools and training provided continue to be used after the direct involvement and support from Rössing Uranium.

Rössing Uranium is committed to working with our communities and making an impact in the life of the Namibian child.